Messier 34 (also known as M 34 or NGC 1039) is an open cluster in the constellation Perseus. The image was taken on November 21th, 2019 from my Creedmoor site. The open cluster was probably discovered by Giovanni Batista Hodierna before 1654 and included by Charles Messier in his catalog of comet-like objects in 1764. Messier described it as, "A cluster of small stars a little below the parallel of γ (Andromedae).
Based on the distance modulus of 8.38, this cluster is located at a distance of about 470 parsecs, or 1,500 light years. For stars in the range from 0.12 to 1.0 solar masses, M34 contains an estimated 400 members. It spans about 35' on the sky which translates to a true radius of 7 light years.
© Ian Stewart 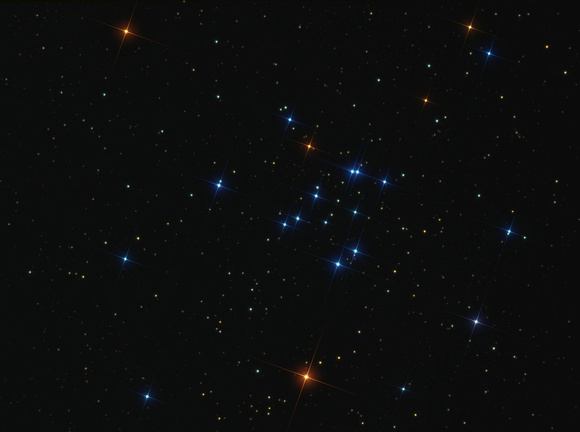