The Beehive Cluster, also known as Praesepe (Latin for "manger"), M44, NGC 2632, or Cr 189, is an open cluster in the constellation Cancer. This image was taken on February 8th, 2018 from my Creedmoor site. The open cluster is one of the nearest open clusters to the Solar System, and it contains a larger star population than most other nearby clusters. Under dark skies the Beehive Cluster looks like a nebulous object to the naked eye; thus it has been known since ancient times. The classical astronomer Ptolemy called it "the nebulous mass in the breast of Cancer," and it was among the first objects that Galileo studied with his telescope.
The cluster's age and proper motion coincide with those of the Hyades open cluster, suggesting that both share a similar origin.
© Ian Stewart 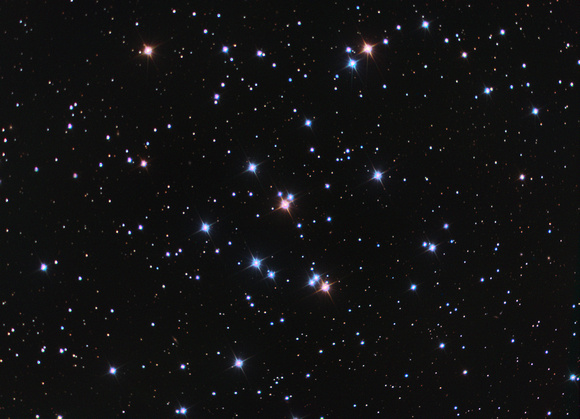